We will be phasing out support for your browser.

Please upgrade to one of these more modern browsers. 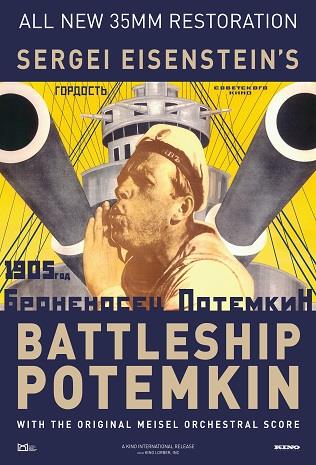 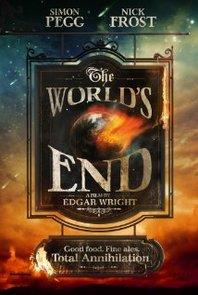 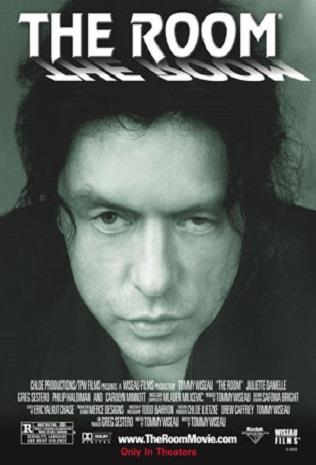 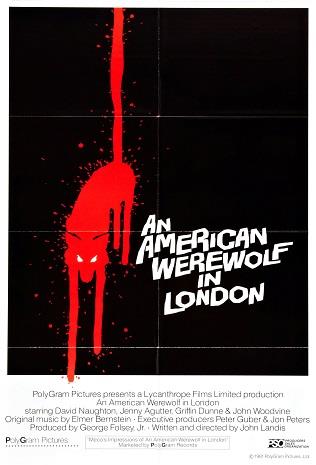 Two American college students on a walking tour of Britain are attacked by a werewolf that none of the locals will admit exists.

A dramatized account of a great Russian naval mutiny and a resulting street demonstration which brought on a police massacre.

The discovery of a severed human ear found in a field leads a young man on an investigation related to a beautiful, mysterious nightclub singer and a group of psychopathic criminals who have kidnapped her child.

Film censor Enid takes pride in her meticulous work, guarding unsuspecting audiences from the deleterious effects of watching the gore-filled decapitations and eye gougings she pores over. Her sense of duty to protect is amplified by guilt over her inability to recall details of the long-ago disappearance of her sister, recently declared dead in absentia. When Enid is assigned to review a disturbing film from the archive that echoes her hazy childhood memories, she begins to unravel how this eerie work might be tied to her past.

Misael (John Leguizamo) is imprisoned, waiting to be sentenced for a revenge crime against the man who killed his child. During his confinement, he must adapt to a new life of abuse, including injury and humiliation by guards and other prisoners. His former life starts to become a distant memory as he is forgotten by his loved ones, Misael, lonely and abandoned, finds affection and tenderness in Sarna, the dog of the prison.

Fifteen years after murdering his sister on Halloween night 1963, Michael Myers escapes from a mental hospital and returns to the small town of Haddonfield to kill again.

Halloween II: While Sheriff Brackett and Dr. Loomis hunt for Michael Myers, a traumatized Laurie is rushed to hospital, and the serial killer is not far behind her. Friday The 13th Part II: Mrs. Voorhees is dead, and Camp Crystal Lake is shut down, but a camp next to the infamous place is stalked by an unknown assailant.

Join Orange County Pride on October 23rd in celebration of the 1993 Disney classic Hocus Pocus! 300 years ago, Winifred (Bette Midler), Sarah (Sarah Jessica Parker), and Mary (Kathy Najimy) Sanderson were all sentenced to death for practicing witchcraft. Due to a series of magical mishaps, they’ve woken back up – and they’re mad! Flying vacuums, enchanted candles, and bad teeth shall befall you on this haunting madcap journey! A nostalgic favorite, come revisit the magic of Hocus Pocus on the big screen with fellow fans! Special event: Frida Cinema passes and Membership discounts not valid.

A decades-old folk tale surrounding a deranged murderer killing those who celebrate Valentine's Day turns out to be true to legend when a group defies the killer's order and people start turning up dead.

A woman starts exhibiting increasingly disturbing behavior after asking her husband for a divorce. Suspicions of infidelity soon give way to something much more sinister.

Nicolas Cage, the Patron Saint of The Frida Cinema, is back with his newest gonzo cult-classic-in-the-making: Prisoners of The Ghostland! Mandy, Color Out Of Space, Willy's Wonderland, and Pig have all garnered Cage more than enough love to join our Mount Rushmore of iconography at the theater, but now it's time to get ready for something unlike anything you've ever seen: him teaming up with Japanese genre-mashing filmmaker Sion Sono in his first English language film! Prisoners of The Ghostland is the story of a notorious criminal, Hero (Nicolas Cage...of course), is sent to rescue the governor's daughter, who has disappeared into a dark supernatural universe. To escape the nightmare world, Hero must break the evil curse controlling the mysterious Ghostland. "It's bonkers. It's brilliant. It's Nicolas Cage in all his give-no-fucks glory." -Kristy Puchko, MEL Magazine "Nicolas Cage leads an eclectic international ensemble in an equally bizarre casserole of sci-fi, western, horror, and dark comedy." -Scott Weinberg, Thrillist "The craziest film I've ever made" -Nicolas Cage

Siblings Mimi and Luke unwittingly resurrect an ancient alien overlord who was entombed on Earth millions of years ago after a failed attempt to destroy the universe. They nickname the evil creature Psycho Goreman (or PG for short) and use the magical amulet they discovered to force him to obey their childish whims. It isn’t long before PG’s reappearance draws the attention of intergalactic friends and foes from across the cosmos and a rogues’ gallery of alien combatants converges in small-town suburbia to battle for the fate of the galaxy.

A psychologist is sent to a station orbiting a distant planet in order to discover what has caused the crew to go insane.

A guide leads two men through an area known as the Zone to find a room that grants wishes.

Two Soviet partisans on a mission to gather food contend with the winter cold, the occupying Germans, and their own psyches.

A young woman inherits an old hotel in Louisiana where, following a series of supernatural "accidents", she learns that the building was built over one of the entrances to Hell.

Join us at 5:30pm on September 25th as we venture into the hilarious world of Edgar Wright and Simon Pegg's Cornetto Trilogy--Shaun of The Dead, Hot Fuzz, and The World's End! Back to back to back!

20th Century Studios’ “The Empty Man” is a supernatural horror film based on a popular series of Boom! Studios graphic novels. After a group of teens from a small Midwestern town begin to mysteriously disappear, the locals believe it is the work of an urban legend known as The Empty Man. As a retired cop investigates and struggles to make sense of the stories, he discovers a secretive group and their attempts to summon a horrific, mystical entity, and soon his life—and the lives of those close to him—are in grave danger.

After a bizarre and near fatal encounter with a serial killer, a television newswoman is sent to a remote mountain resort whose residents may not be what they seem.

K.A.O.S. reigns once again! We're back, baby! Experience an out of this world presentation of The Rocky Horror Picture Show, starring our very own resident shadow-cast K.A.O.S.! Director Jim (Don’t squeeze the…) Sharman’s cult classic stars Barry Bostwick and Susan Sarandon as Brad and Janet, two virginal small-town lovers whose car breaks down in the shadows of a creepy old castle, where they encounter an odd collective of “unconventional conventionalists” gathered to witness transvestite scientist’s Dr. Frank-N-Furter’s latest creation – a muscular man named Rocky. As their innocence is lost, Brad and Janet meet a houseful of wild characters, including tap-dancing Columbia, rocking biker Eddie, and of course, the castle’s “Sweet Transvestite” himself, Frank-N-Furter! Adapted from the 1973 stage musical by Richard O’Brien, this glam cult classic is a cinematic experience unlike any other. Sing-along (and shout-along!) to The Rocky Horror Picture Show, a classic that still packs houses almost 50 years since its release! Get your tickets now before it sells out! Doors open at 11:00pm and the official K.A.O.S. preshow starts at 11:30pm! Movie at midnight!

Johnny is a successful banker who lives happily in a San Francisco townhouse with his fiancée, Lisa. One day, inexplicably, she gets bored of him and decides to seduce Johnny's best friend, Mark. From there, nothing will be the same again.

Christian is the respected curator of a contemporary art museum, a divorced but devoted father of two who drives an electric car and supports good causes. His next show is “The Square”, an installation which invites passersby to altruism, reminding them of their role as responsible fellow human beings. But sometimes, it is difficult to live up to your own ideals: Christian’s foolish response to the theft of his phone drags him into shameful situations. Meanwhile, the museum's PR agency has created an unexpected campaign for ”The Square”. The response is overblown and sends Christian, as well as the museum, into an existential crisis.

Featuring seven stories from seven auteurs from around the world, the film chronicles this unprecedented moment in time, and is a true love letter to the power of cinema and its storytellers.

Following a series of unexplained crimes, a father is reunited with the son who has been missing for 10 years. Titane : A metal highly resistant to heat and corrosion, with high tensile strength alloys.

Following a series of unexplained crimes, a father is reunited with the son who has been missing for 10 years. Titane : A metal highly resistant to heat and corrosion, with high tensile strength alloys.

A woman starts exhibiting increasingly disturbing behavior after asking her husband for a divorce. Suspicions of infidelity soon give way to something much more sinister.